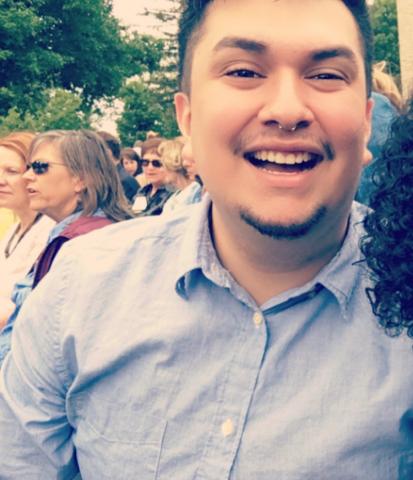 Junior Avalos joined our Policy and Organizing team in June 2018 and is now our Organizing and Campus Coordinator. His role consists of doing community outreach and manage our Queer Defenders Network, a coalition of college and university students dedicated to Queer and Trans equity.

Originally from Houston, TX, he moved to Minnesota in 2014 to attend St. Olaf College where he recently graduated from with a B.A in Dance with a concentration in Women & Gender Studies. Junior's experience consists of being a Political Leaders of Tomorrow Intern with WomenWinning, where he assisted in field organizing for Angie Craig's congressional race in 2016, and also as a Constituent Services and Scheduling Intern for Senator Al Franken in 2017. Through out his college career, Junior has also organized behind issues focusing on racial justice, LGBTQ equity, and immigration reform.

Junior is excited to be supporting OutFront's work on banning conversion therapy. When he is not working, he likes to spend time cooking dishes, spilling the tea, or playing rugby!