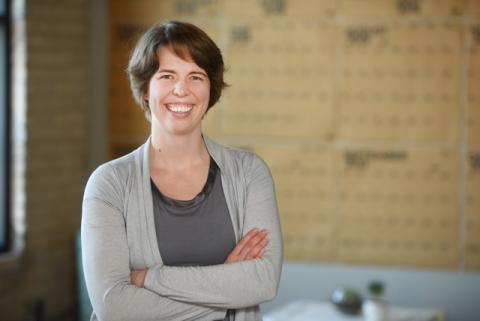 Michelle coordinates individual giving for OutFront Minnesota to ensure the organization can make the biggest possible impact for LGBTQ equity.

Michelle has an extensive background in non-profit management, fundraising, grassroots organizing, and advocacy on public interest and environmental issues. She joined OutFront Minnesota after two years as Development Director for the Campaign to Save the Boundary Waters where she led efforts to raise $2 million annually from more than 15,000 donors. She has run record-setting fundraising campaigns for multiple organizations.

After growing up in St. Paul, Michelle studied political science at Carleton College. She now lives in uptown with her partner and two cats. When she’s not fighting to make change, she enjoys sports, spending time outdoors, and traveling to northern Minnesota. She volunteers on the board of YMCA Camp Menogyn and the Sierra Club Political Action Committee.