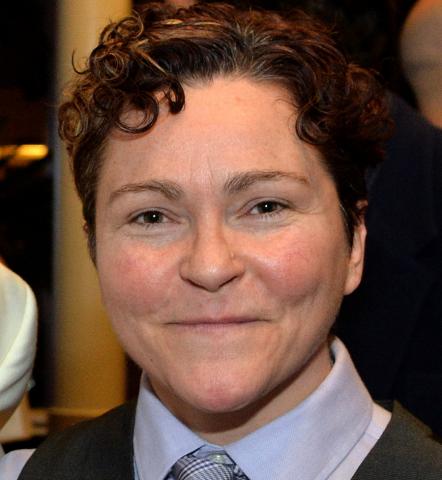 Executive Director Monica Meyer has been leading organizing, activism and policy advocacy on behalf of issues of equity and justice since 1992. She joined the staff of OutFront Minnesota as Public Policy Director in 2001 and became Executive Director in 2010. Some of her recent recognition include the Humphrey Institute's Public Leadership Award, the Lynx's Inspiring Women Award, the Charlotte Striebel Long Distance Runner Award from MN NOW and the MN School Social Work Association's Friend of Social Work Award. Monica received her master’s degree in public policy from the Humphrey Institute at the University of Minnesota, and her undergraduate degree from Hamline University. Monica is currently a board member with TakeAction Minnesota and the co-chair of the Equality Federation. She is constantly inspired by courageous people she meets who work tirelessly for LGBTQ equity and racial and gender justice.