Emma McBride, a legislative lobbyist with Outfront Minnesota, discusses the upcoming bill in the Minnesota legislature to ban conversion therapies.

The Supreme Court is allowing the Trump administration to go ahead with its plan to restrict military service by transgender people while court challenges continue.

“This President continues to show how unpatriotic he truly is and that he does not care about our military members and veterans. Military leaders already know that transgender people serving has no adverse effect on military readiness, morale or unit cohesion. Nevertheless, Trump and his discrimination administration continue to vilify and attack transgender people...

My name is Roger Sanchez. I was brought up in the Church of Jesus Christ of Latter Day Saints, also known as the Mormons.

When I was fourteen, my father confronted me and asked if I had “same-sex attraction.” I denied it. Still, my father scolded me for being effeminate and my church bishop told me to control my mannerisms.

In 2006, when I came forward about my “same-sex attraction” the church bishop recommended “conversion therapy.”

My father told me the natural man is an enemy of god. I had nowhere else to turn so like a lamb to the slaughter I consented to conversion therapy. 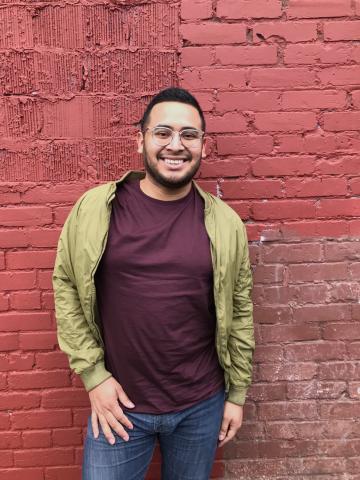 FOX 9: 4 Minnesotans sworn in on historic day in Washington, D.C.

(FOX 9) - The new U.S. House and Senate are underway in Washington as the 116th Congress was gaveled in, including four new representatives from Minnesota.

One hundred women were sworn in Thursday, including two from Minnesota - Angie Craig and Ilhan Omar. Craig, who is openly gay, joins Omar, the first Somali and refugee to be elected to Congress.

They make up a freshman class that this country has never seen before.

MINNEAPOLIS (WCCO) – A video posted to Facebook is going viral as it appears to show a Twin Cities transgender teen being confronted in a bathroom by school staff, who at one point open a stall door as she’s sitting on the toilet.

“I’ve had many days of my life when I wanted to just die.”

Wil Sampson-Bernstrom was a teenager in Alabama in 2007 when he attended a conference run by Exodus International – the largest “ex-gay” Christian organization at the time. That was one of his first experiences with conversion therapy.

Now an ordained minister who lives in south Minneapolis with his husband, he remembers being separated from his parents and forced to sit through hours and hours of classes. He doesn’t remember clearly what all the instructors told him. Some said the reason he thought he liked boys was because of some grave error his parents made raising him – that they were going to make him right again. Some tried to cure him of being gay by making him act and talk a certain way – to sit without crossing his legs, to speak with a certain voice.

“Conversion therapy is a so-called mental health treatment that aims to change a person because of their sexuality or gender expression,” said Cat Salonek, policy director for OutFront Minnesota.

The American Psychiatric Association has said it opposes any treatment based on the assumption that homosexuality is a mental disorder.

“Having a young person medicalized, institutionalized just for being who they are is traumatizing,” Salonek said.

A newly elected member of the Minnesota House has announced that he is going to work toward the state banning so-called conversion therapy for gay people.

State Rep.-elect Hunter Cantrell said successful legislative action would make Minnesota the 15th state to prohibit the practice, which aims to change the sexual orientation of gays and lesbians but has been discredited by mainstream mental health experts.