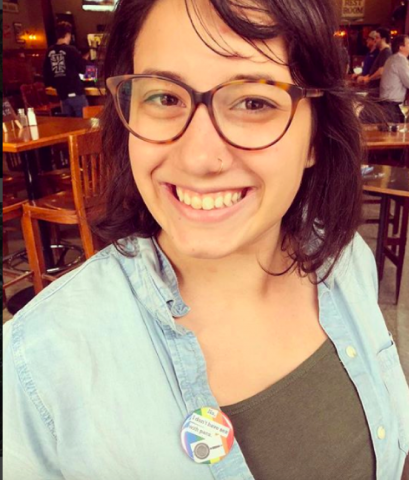 Angela joined the Policy and Organizing team at OutFront in Spring of 2020. She was raised in upstate New York and came to organizing as a fast food worker in the Fight for $15 Movement. Studying Social Work and Interfaith Dialogue in her undergrad, Angela was also politicized through anti-bigotry work. She then spent some time as a case manager, working with folks experiencing chronic homelessness and supporting her neighbors in organizing tenants unions and rent strikes.

Angela moved to Minneapolis in 2018 to continue studying Public Policy and Social Work and has gone on to organize around housing, prison abolition, and environmental justice.