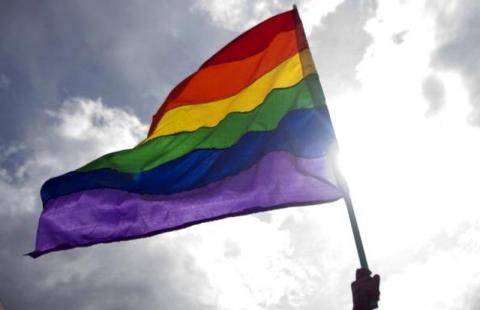 As a Christian and the spiritual leader of a large Minneapolis congregation, I believe we are called by Holy Scripture and the example of Jesus to “love our neighbors as ourselves” and to stand with the most vulnerable among us. That includes LGBTQ youth coming of age and discovering who they are in communities and households often hostile to them.

Some of these young people are being forced by desperate parents to undergo a widely discredited practice known as “conversion” or “reparative” therapy. Though these practices have been shown to be ineffective and to cause harm to clients young and old, they continue to be legal in Minnesota.

Conversion therapy has been linked to higher rates of depression, anxiety, self-harming behaviors, and suicide. Symptoms suffered by survivors are often indistinguishable from those of PTSD.

The Mental Health Protection Act is now before the Minnesota Legislature. It would define conversion therapy as both “professional misconduct” and “consumer fraud.” I believe, along with the elected leaders of the congregation I serve, that this legislation is an important tool by which vulnerable LGBTQ youth and the adults who love them can be protected from a dangerous and ineffective practice.

Some Christians promote conversion therapy. That's why we feel compelled, as people of faith ourselves, to speak up against this misguided practice and in support of legislation that addresses it.

Kids do not have legal standing to reject “treatments” their parents choose for them. They risk losing the love and shelter of their families if they refuse conversion therapy. Parents, fearing for the future happiness of their children and wanting to protect them from exclusion and disdain, are susceptible to false claims of a “cure” for something that is neither an illness nor a defect. The state must stand between the vulnerable and those who offer harmful options.

Opponents of this legislation claim it restricts religious expression. I disagree. While religious freedom is among the most cherished of our constitutional rights, no freedom is absolute.

My freedom of speech, for instance, is limited by statutes concerning speech that endangers others, or speech that is libelous, slanderous, or seditious. Freedom of religious expression is similarly limited. For instance, the right of parents to withhold life-saving treatment from their children for religious reasons is routinely limited by most states.

This legislation does not restrict religious groups from teaching the truth as they understand it. It merely seeks to stop a dangerous and ineffective practice condemned by professional medical and psychological associations around the world.

When I was a boy, I was taught that my right to make a fist and swing my arm ended at the end of someone else’s nose. “Conversion therapy” is a fist that has struck more than 700,000 young Americans square in the face.

Speaking as a Minnesota faith leader, as a Christian, and as a father, I implore you to restrain that fist by encouraging your state representatives and senators to support the passage of the Mental Health Protection Act (HF 12/SF83).