On Monday night, Duluth became the second city in the state to prohibit conversion therapy — the practice of attempting to convert lesbian, gay, bisexual, transgender or queer young people into heterosexuals.

By an 8-0 vote with 5th District Councilor Jay Fosle absent, the Duluth City Council approved an ordinance banning the use of conversion therapy on anyone under 18 years of age, following in the footsteps of Minneapolis and Superior — cities that have already done the same.

Many citizens testified in support of the ban, but critics also made their voices heard, including Dan Walch who said: "The counseling ban violates the First Amendment rights of free speech and freedom of religion for adults, families and mental health counselors. It outlaws a variety of constitutionally protected speech, including speech between a counselor and client to help the client explore all options related to their sexuality and identity, which the ordinance misleadingly labels 'conversion therapy.'

"In other words, if a person experiencing questions over their identity wanted a counselor to help them live consistently with their biological sex, the counselor would be prohibited from helping that individual," Walch said.

"This is more than just a matter of freedom of speech or freedom of religion," Yokel said. "Talking about freedom of speech or freedom of religion is all well and good, but the problem is: the people who this practice is being practiced on are not being given those freedoms for the most part. For the most part, it is being practiced on those who have not consented, who have not chosen this course of action. They are being forced into this therapy, and they are not being allowed to choose for themselves."

She warned that conversion therapy shames people, needlessly driving them into depression and all too often suicide.

"I am a gay person. I am happy with who I am. I am not looking to be converted without my consent... I don't need to convert. I am also not broken. I do not need to be repaired. This therapy, which is not at all therapy, considers all in my position to be broken or less than."

The ordinance passed by the council Monday applies to medical professionals, therapists and counselors. However, it does not bind religious clergy members.

Prior to Monday night's vote, supporters of the ban rallied in the lobby of City Hall. Some wore colorful rainbow-inspired attire and waved signs reading: Self-hatred is not therapy; Love doesn't need a cure; You can't fix me, I'm not broken; and Love kids for who they are.

Several Duluth City Councilors joined in the rally, as did Mayor Emily Larson.

"To our young people, to our residents and to visitors who identify as GLBTQAI and two-spirit, and for people whose children identify as such, we are here for you. We are an open and affirming community that believes that you are valuable, that you have been wonderfully made just as you are," she said.

Larson also pledged to add passing a statewide ban on subjecting young people to conversion therapy to the city's list of legislative priorities in the coming year. 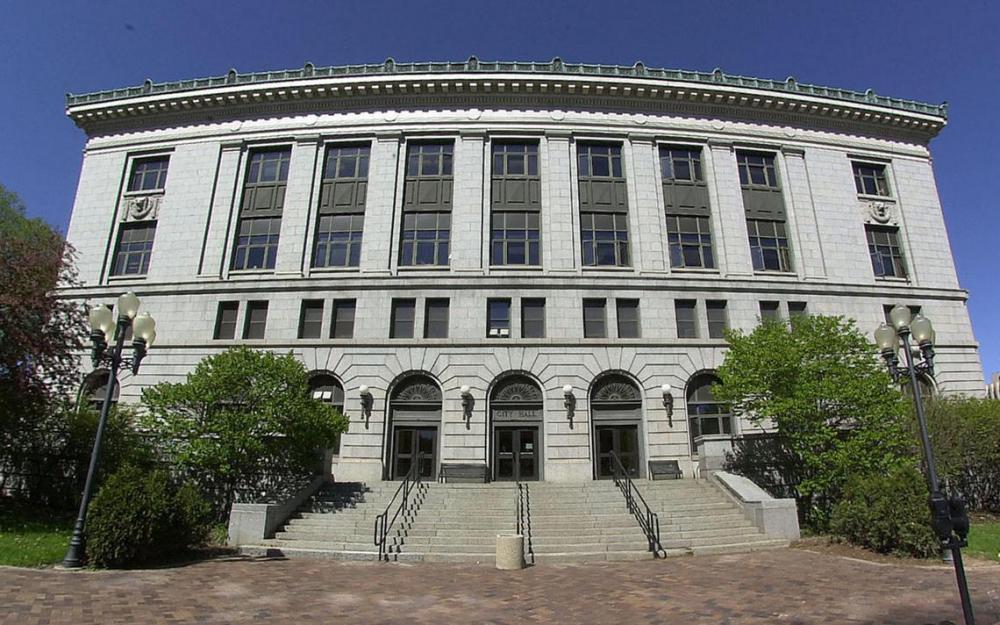 House Majority Whip and District 7B Rep. Liz Olson, DFL-Duluth, noted that the House passed a bill last session to outlaw the use of conversion therapy on people under 18 years of age, but the legislation stalled in the Republican-controlled Senate.

"We from the DFL majority in the Minnesota House believe in the safety and well-being of every human, full stop," she said. Olson said she and her colleagues will continue to push for a statewide ban of conversion therapy.

District 7A Rep. Jennifer Schultz, DFL- Duluth, thanked the Duluth City Council and Mayor Larson for their efforts to protect the rights of young people. She, too, said legislators will renew their campaign for a state law, so that Minnesota joins the ranks of 17 other states and more than 50 cities across the nation that have offered similar protections.

In other business, the council tabled a resolution that would have authorized an agreement with Rachel Contracting LLC to tear down the Pastoret Terrace building, formerly home to the Kozy Bar, for $148,683. At Large Councilor Zack Filipovich said he wanted to see a mitigation plan for the historic property approved by the Minnesota State Historic Preservation Office prior to approving the demolition.