A few dozen people gathered on the steps of City Hall ahead of Monday’s meeting, some dressed in rainbow garb and carrying colorful signs urging local lawmakers to act. Among them was Mark Hakes, a gay Catholic youth minister who found himself in conversion therapy after he attempted suicide in high school.

“Something that was supposed to help me instead only added to my self-hatred, reinforcing the false narrative that I was flawed and needed to change,” Hakes, who now serves on Duluth’s Human Rights Commission, told the crowd.

Duluth’s policy aims “to protect the physical and psychological well-being of minors” by making it unlawful to provide conversion therapy to those under 18. Members of the clergy and other religious counselors are not subject to the law.

The practice, which has been widely discredited by mental health professionals, will be treated like a public nuisance that citizens will be able to report to the police, city clerk or human rights officer. Those found in violation of the ordinance could be charged a fine.

Council Member Gary Anderson, who co-sponsored the ordinance with Council President Noah Hobbs, called on his fellow officials to stand up for today’s LGBT youth so that they won’t fear for their lives, as he said he did at times growing up gay in northeastern Minnesota.

“I’ve squirmed in my skin listening to words of people and systems throughout the decades of my life,” he said. 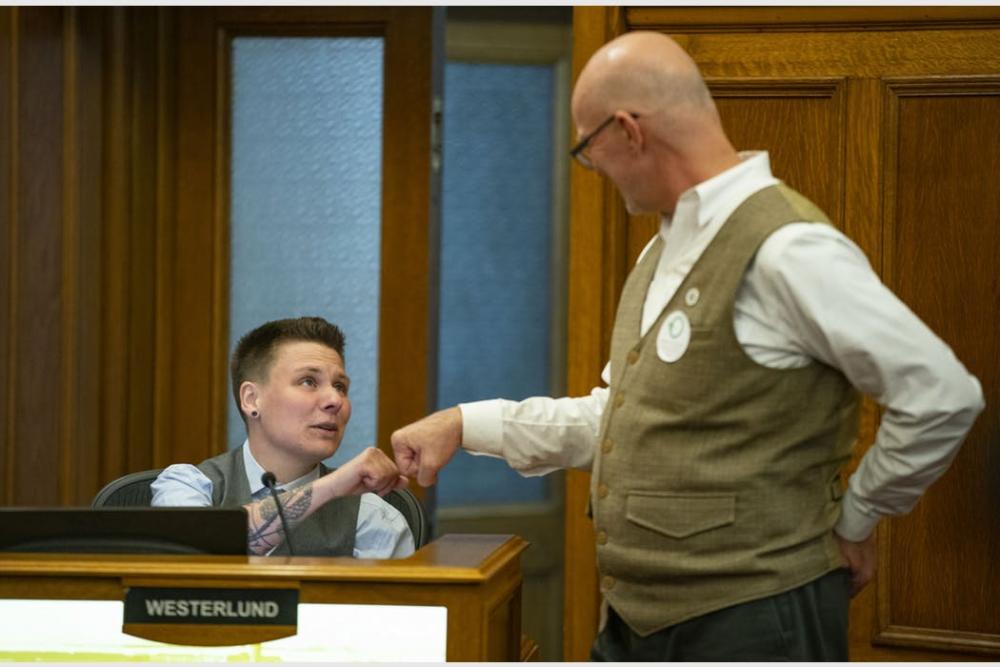 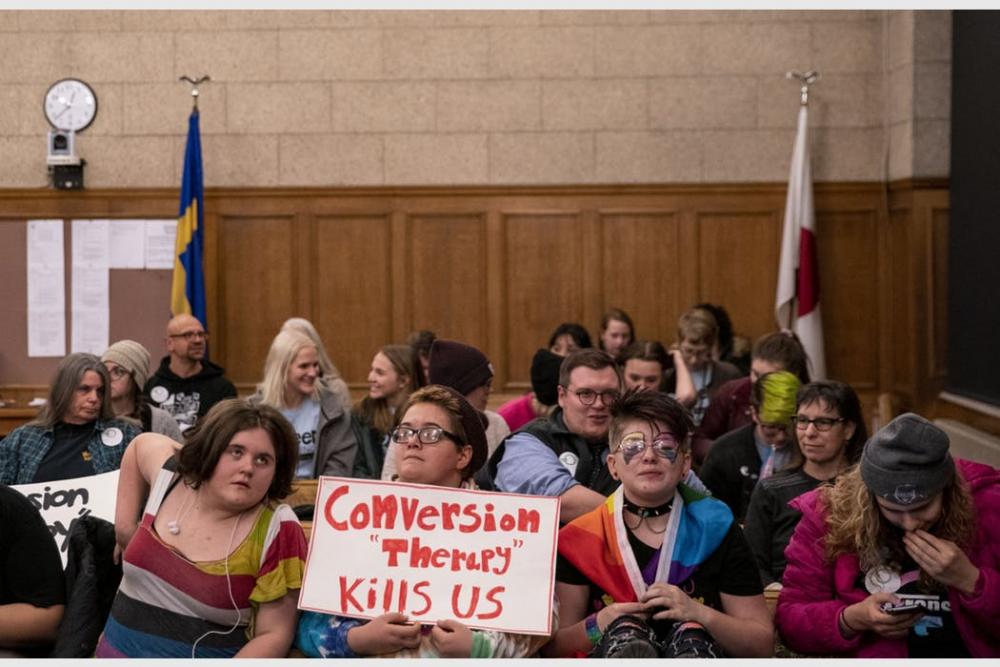 A few dozen people adorned in rainbow colors and holding signs sat in on the Duluth City Council meeting where a vote was held to ban Conversion Therapy. 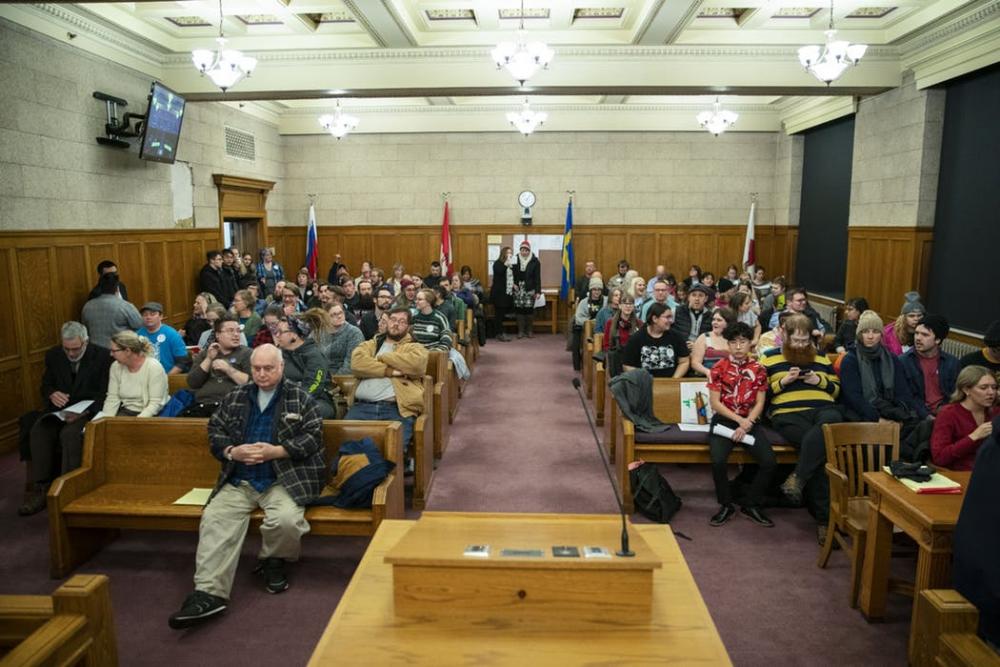 A full house of people sat in on the Duluth City Council meeting where a vote was held to ban Conversion Therapy. 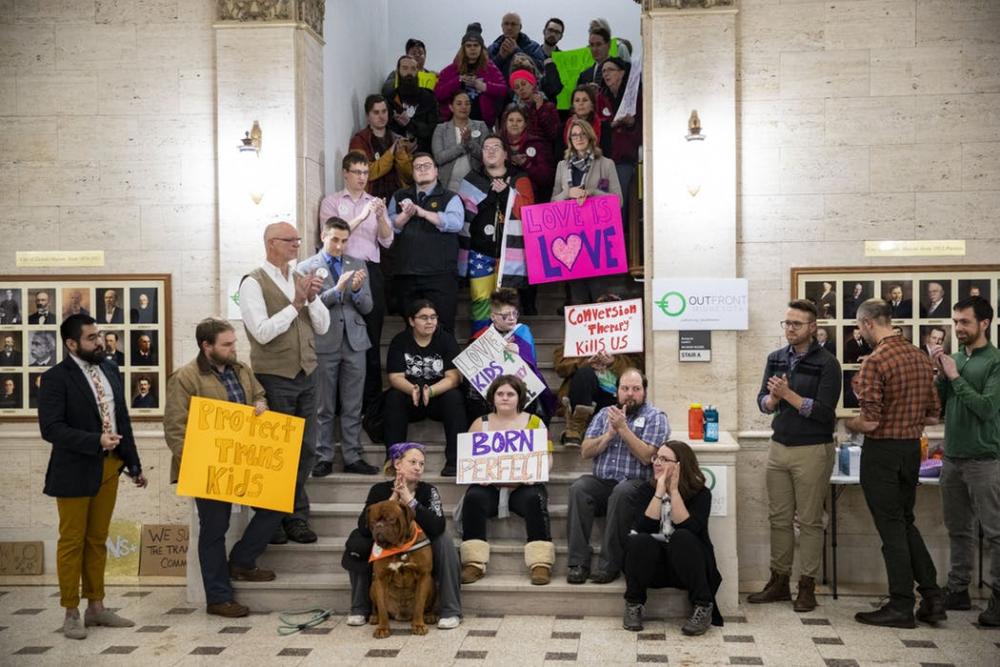 Approximately twenty people gathered to rally in the lobby of Duluth City Hall before the Duluth City Council voted on a law to ban conversion therapy. They were joined by four council members, two state legislatures and Mayor Emily Larson at the 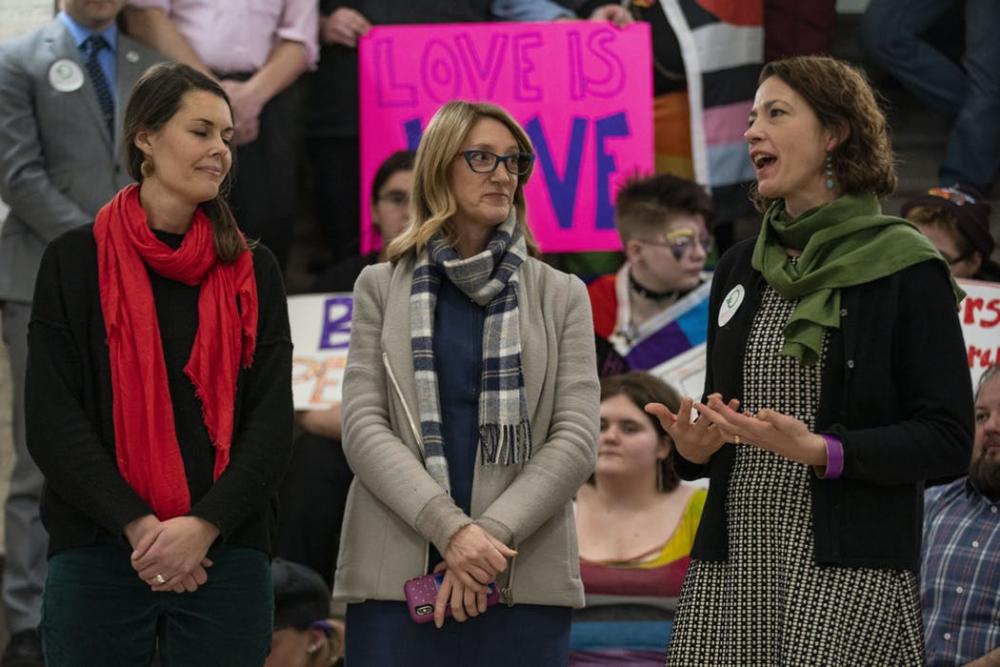 (Left) Minnesota State Representatives Liz Olson and Jennifer Schultz listen as Duluth Mayor Emily Larson shared her thoughts on Conversion Therapy and expressed her support of the ban on a state level. 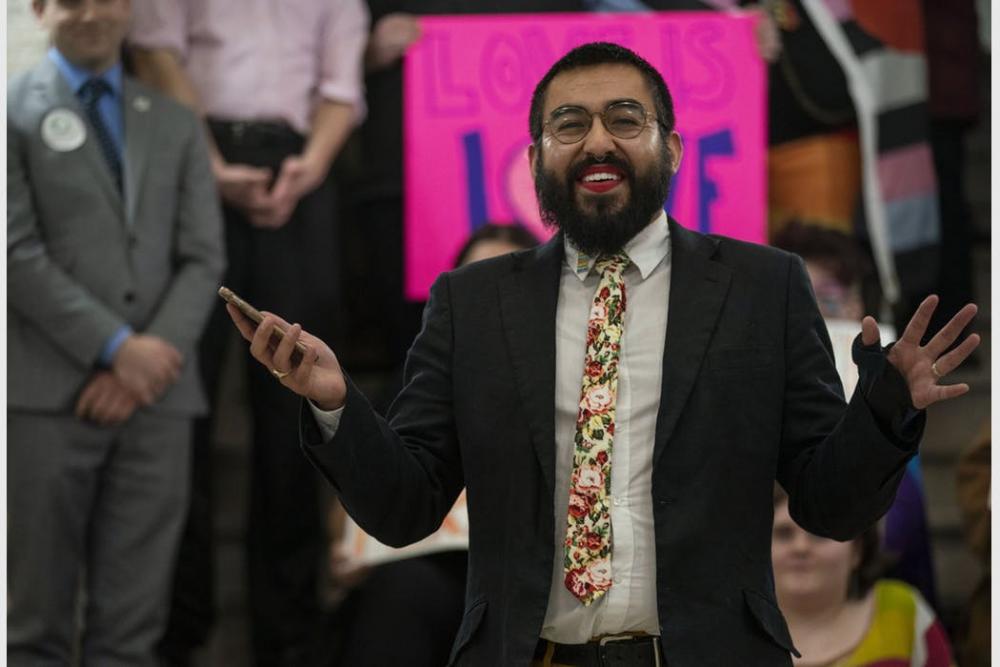 Jesus Lucero, Faith and Greater Minnesota Organizer from OutFront Minnesota, concluded the rally with some final words of encouragement for the crowd.

Duluth City Council Vice President Gary Anderson spoke at the end of the rally. Anderson was a co-sponsor of the bill to ban conversion therapy. 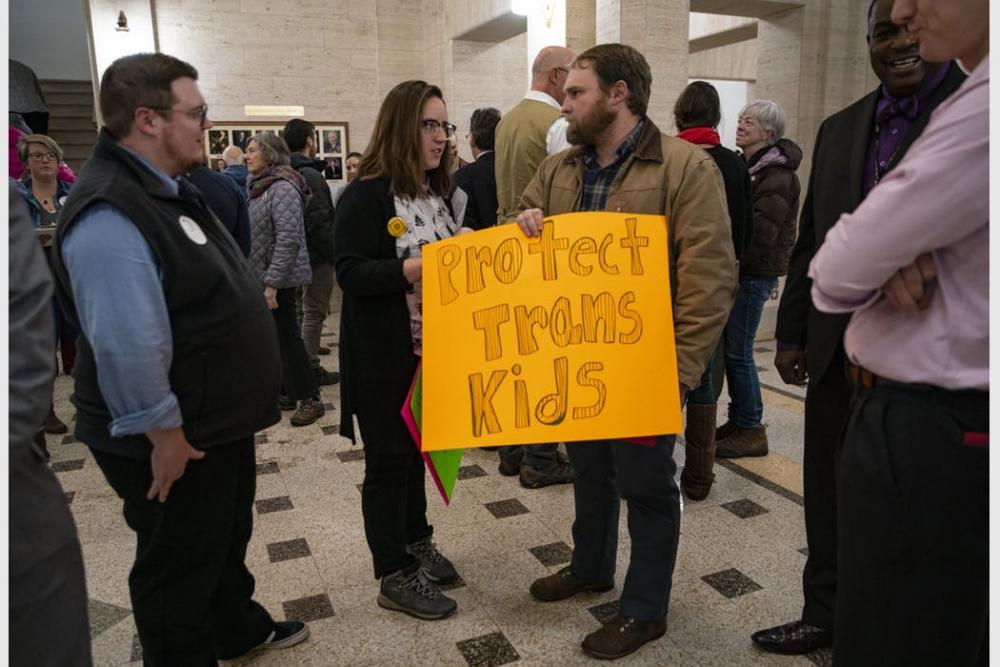 Courtney Cochran, one of the rally organizers, handed Duluth City Council President Noah Hobbs a sign to hold during the rally.

Jason Robinson sat checking his phone before the start of the rally in Duluth City Hall on Monday night.

Four residents spoke out against the ordinance during the meeting’s public comments section, arguing it violates freedoms of religion and speech, and warning of potential legal challenges like those some cities with similar bans have faced.

“An individual municipality has no business dictating which of a client’s counseling goals are permissible and which are not,” resident Dan Walch said.

More than a dozen supporters stood at the council podium and shared their stories and experiences as LGBT community members, including 16-year-old Izzy Laderman, who identified herself as queer.

“This therapy is not even a therapy. That has been proven over and over again by many a different organization,” she said. “It teaches kids like me to hate ourselves when most of us are already struggling with our identities on our own.”

Local governments have taken up the issue after efforts to institute a statewide ban failed in the Republican-controlled Minnesota Senate last spring. Activists hope city bans like Duluth’s will pressure state legislators to revisit the matter in the upcoming session.

State Reps. Liz Olson and Jennifer Schultz, both Democrats representing Duluth, pledged their continued support of state-level action at the rally before Monday’s council vote. But with state elections on the horizon, Schultz warned Democrats’ best shot at passing a measure may be taking control of the Senate in 2020.

In the meantime, Duluth’s policy will take effect in 30 days. After an hour of testimony, and eight ringing “ayes,” the council chamber broke into applause.