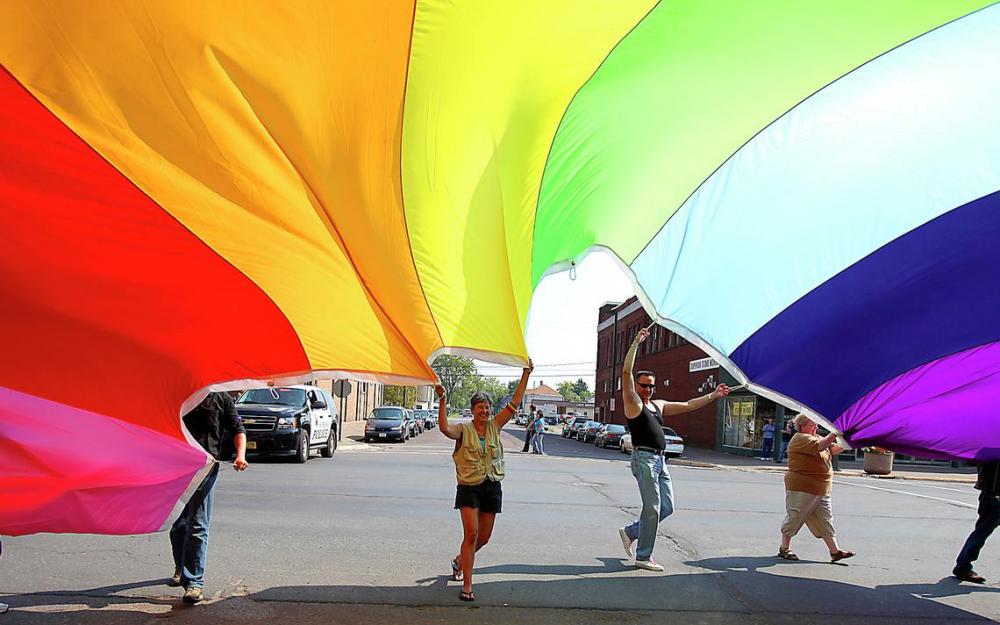 Growing up gay in Floodwood, 1st District Duluth City Councilor Gary Anderson knows a thing or two about what it's like to be young and feel unaccepted for who you are.

But Anderson hopes to help usher in a modern era of greater acceptance. He and City Council President Noah Hobbs are bringing forward a proposed ordinance that would ban the practice of conversion therapy — any treatment designed to change a person's sexual orientation — in the city of Duluth. The measure is expected to go to a vote of the City Council on Monday.

Hobbs characterized conversion therapy as a practice "not grounded in science" and said: "It has detrimental effects on folks who go through it. To an extent 'torture' I think is an appropriate term for this."

"We need to protect our youth," he said.

Mark Hakes, a member of Duluth's Human Rights Commission, agreed, noting that he grew up ashamed of his own homosexuality, attempting suicide in high school before he found himself enrolled in conversion therapy.

"Something that was supposed to help me, instead only added to my self-hatred, being forced into the false narrative that I was flawed and needed to change," he said.

"Thankfully, God had other plans, and my conversion to heterosexuality didn't stick," Hakes said. "I now find myself a happy, healthy 30-something queer person in a full-time job in ministry, with a partner, a dog, plenty of student debt, and I'm exactly who God created me to be."

But Hakes urged councilors to be aware of the harm conversion therapy can heap upon vulnerable young people.

"As a queer Catholic and as a survivor of conversion therapy, I ask you, when this comes to a vote next week, to vote remembering all the queer little kids like me. Vote to protect our LGBTQ-plus youth. Vote to ban this dangerous and medically unsound practice. And vote to tell all people in our community that they are welcome and valued exactly the way they are," Hakes said.

Kelly Ravenfeather identified herself as a psychologist who has practiced in Duluth for the past 32 years, often dealing with issues of sexuality.

"I am hopeful that we will join with our neighbors in Superior, Wis., as well as Minneapolis, to end a practice that cannot truly be called therapy," Ravenfeather said, adding that she also hopes Minnesota eventually will join 18 other states that already have banned the provision of this treatment within their borders.

"Conversion therapy is a form of coercion and abuse that must be stripped of any legitimacy and seen for the damage that it has done to youth who are most vulnerable to exposure to this kind of treatment. It employs a range of dangerous and discredited practices that falsely claim to be able to change a person's sexual orientation, gender orientation or expression," she said.

Ravenfeather went on to say: "Practitioners use shaming, emotionally traumatic or physically or spiritually painful stimuli to eradicate feelings and beliefs about the most personal aspects of selfhood."

The result, she said, is often depression and suicide.

A bill to block conversion therapy statewide passed the Minnesota House of Representatives last session before stalling in the Senate.

Hobbs expressed his disappointment and said: "I think the state needs to start being a leader again."

In the absence of state leadership, however, Hobbs said, "I do think it's appropriate for cities to fill in the gaps, but I would be remiss to not voice my frustration with the lack of leadership in kicking the can down to cities."

Anderson said: "We really want to do what we can to protect our kids and at the same time also send a message to the state legislature that this is something we want to see them acting on."

While Hobbs views the ordinance as largely a preemptive measure, Anderson said he considers the risk of providers offering conversion therapy is a real and present danger. However, he declined to name any people believed to be engaged in the practice. Anderson noted that Duluth, as a regional health center, attracts a steady stream of new cast members on an ongoing basis.

"If this just affects one kid, the prevalence of depression, anxiety and suicide amongst young kids today is really, really high. So, if this helps sustain the life of one kid, I think it's worth it," Anderson said.

Duluth's proposed ordinance would apply to medical professionals, therapists and counselors, but it would not cover religious clergy members.

Hobbs said the ordinance recognizes the likely legal boundaries of the city's reach.

"Religious facilities still have the ability to offer this pseudoscience if they choose, due to protection of freedom of speech," he said.

Anderson also professed to be personally concerned about faith leaders continuing to engage in conversion therapy practices, but he said: "As a councilor and as a local legislator, we don't have the legal authority to legislate what happens in a pastoral setting."