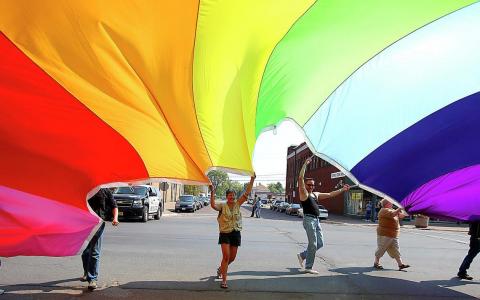 Advocates and LGBTQ+ Minnesotans welcomed the United States Supreme Court's latest decision on Monday, June 15, which ruled that discrimination against workers based on sexual orientation or gender identity is illegal.

In a 6-3 ruling, the country's highest court ruled that discrimination against employees based on their LGBTQ+ identities violates the U.S. Constitution and the Civil Rights Act of 1964, which bans sex-based discrimination at the federal level.

“Particularly for trans women of color and gender nonconforming individuals who experience higher rates of discrimination and violence, this ruling will have a profound impact for decades to come," Lucero added.

OutFront Minnesota, a Minneapolis-based advocacy group, also noted that the court's decision comes amid nationwide uprising following the death of George Floyd in Minneapolis. Derek Chauvin, a white Minneapolis police officer, was fired and has been charged with murder and manslaughter for the death of Floyd.

OutFront Minnesota said in a Monday news release that the Supreme Court's decision was "encouraging, but our work is far from finished." They called on the U.S. Congress to pass additional anti-discrimination protections for LGBTQ+ Americans in federal law.

"Violence against the trans community — and especially Black trans women — is an epidemic and it must be stopped. Our nation has much to do to dismantle both legal and cultural systems of racism," OutFront Minnesota said. "While LGBTQ+ people now have legal protection from discrimination at work, we still have a long way to go to ensure that 'We the People' actually includes every person in this country."

Monday's ruling comes in the middle of Pride Month, the annual worldwide celebration of LGBTQ+ pride and commemoration for 1969's Stonewall uprising in New York City -- a series of riots that kick-started the country's gay rights movement.

Read the article on the Grand Forks Herald's site.