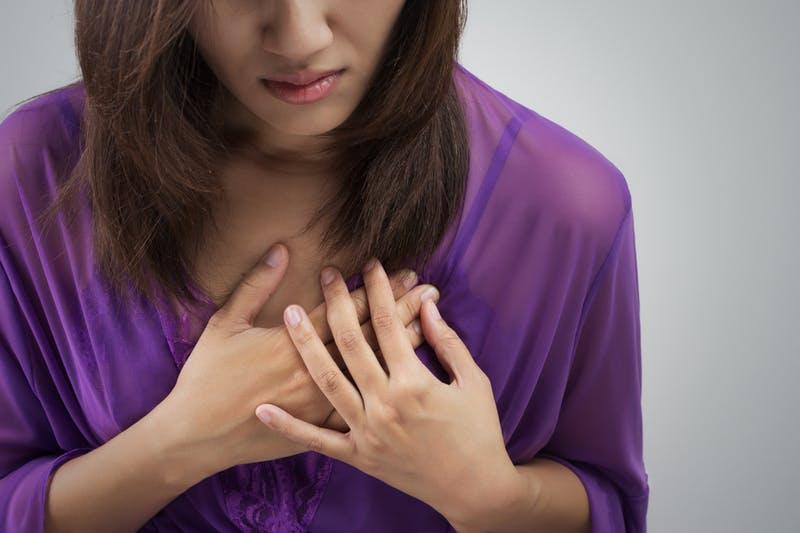 “Shit. I was really expecting no boobs when I started taking e. Now what do I do?!” --Twitter commenter. Getty Images/iStockphoto

Last week, Zinnia Jones, a trans activist/science writer in Orlando, tweeted an excerpt of a brochure she says came from our very own Minnesota Family Council.

If you recognize that organization’s name, you probably remember the days when it was trying to ban gay marriage by comparing queerness to pedophilia and bestiality. It’s now 2019 and a little less popular to be demonstrably outraged about gay people. So, naturally, this brochure is more about the perils of being trans.

It lists a number of “risks” for different therapies, procedures, and simple acts of gender affirmation, like, say, changing the sex on your legal documents. Some of them are “loss of sensation,” “infections,” and “increased risk of cancer.” But some of them are… stretches.

For example, one of the risks listed for receiving “cross-sex hormones”—like estrogen and androgen inhibitors for trans woman—is “breast growth.” Which, commenters on social media pointed out, is kind of a “feature, not a bug.”

“Risks: you can be beautiful,” one Twitter user said. “So beautiful.”

“Shit. I was really expecting no boobs when I started taking e.,” another said. “Now what do I do?!”

For trans men, the risks included, among other things, “lowered voice,” “weight gain,” and “balding,” which are all considered risks of, basically, being masculine.

“So many of these say ‘Risks: May work as intended,’” another commenter said.

The Minnesota Family Council, one of those standard-issue right wing Christian groups, came out with its own anti-trans propaganda booklet. It lists one of the "risks" of HRT for trans women as... breast growth. pic.twitter.com/5dEVOdfcPp

According to the brochure, there was even a “risk” of “social transition,” which amounts to changing your hairstyle, asking people to call you by a certain name and use certain pronouns, or using the bathroom you feel most comfortable in. That risk, it says, is “increased likelihood of persistence"—i.e. you might continue to be trans. Forever.

“What the actual fuck is ‘increased likelihood of persistence…?’” one Twitter user asked. “I think they said the quiet part loud there?”

“Imagine reading this thinking persisting into adulthood is a bad thing,” another added.

The Family Council didn’t respond to interview requests. But all of these “risks,” including “growth of breast tissue in males and a lowered voice in females,” are covered in its handy resource guide for parents, which is free for download on the group’s site: “Educating and Equipping Parents on the Transgender Trend.”

Resources include articles from the conservative magazine the Federalist, legal letters from the hyper-Christian group Alliance Defending Freedom, and a sample letter parents can print out and sign if they want to “express concern” about their school boards’ “gender inclusion policy.”

The central message is couched in a lot of kind language. “Students who identify as transgender,” the booklet says, “deserve the same education opportunities and resources as their peers and should be treated with respect and compassion.”

"The Minnesota Family Council is actively working to spread false and misleading information about transgender people, which leads to increased levels of discrimination and violence against the transgender community. As Minnesotans, we should instead be working to create a more inclusive state where everybody, including transgender people, feels safe, loved, and respected."