A Minnesotan's Historic 'Pie in the Face' LGBTQ+ Activism 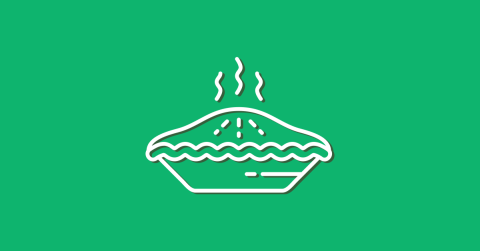 On October 14, 1977 Twin Cities activist Thom Higgins traveled to Des Moines, Iowa and put a pie into the face of anti-LGBTQ+ campaigner Anita Bryant. An iconic moment in the history of LGBTQ+ activism.

Higgins took the action to protest Bryant’s nationwide effort to curtail civil rights protections for LGBTQ+ individuals under the “Save Our Children” banner. That campaign — as Gillian Frank notes in the Journal of the History of Sexuality — weaponized “the language of child protection allowing conservatives to take action against minority rights and broaden their appeal by linking four issues: parents’ rights, sexuality, race, and gender.”

Forty-five years later we are seeing the same rhetoric and tactics again.

The campaign today is focused on our K-12 schools. Educators and school administrators who work tirelessly to support their students are coming under increasing scrutiny and pressure from organized efforts to undermine the important work of inclusion - particularly initiatives aimed at supporting LGBTQ+ and BIPOC students. Fear-mongering about the “hypersexualiziation” of students and “critical race theory” in classrooms has led to a wave of attempts to ban books, change curriculum, curtail classroom discussion, and remove visible signs of support for some of our most marginalized youth.

This language has been seen in districts across the state of Minnesota this year; and on the campaign trail this election season.

While some things have changed the throughline from Bryant’s campaign to efforts like Florida’s so-called “Don’t Say Gay” bill is clear. History is repeating itself again. But we know how this campaign ends when our community speaks up and gets engaged. OutFront Minnesota will continue to organize with students, educators, and community members to push back against these attacks — and we will continue to advocate for schools where LGBTQ+ and other marginalized youth can thrive.

Today as OutFront Minnesota recognizes Thom Higgins action in Des Moines and his contributions to organizing in the Twin Cities; we recognize a broader history of activism from Stonewall to ACT UP to the youth organizing student walkouts in Minnesota and across the country this year.

We recognize the creative, sometimes provocative, and powerful ways in which our community has stood up to those who have sought to limit our rights to live as full and valued members of society.

There is plenty of work ahead, but we will meet it with joy and strength.

In solidarity and celebration,
Kat Rohn