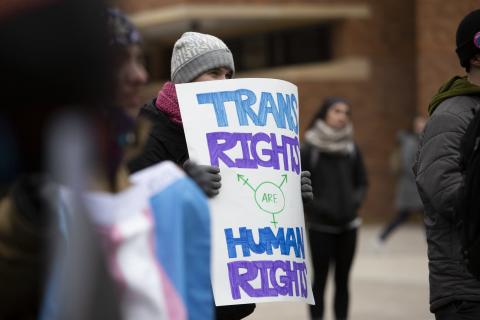 Listen to this program here.

When a 2015 U.S. Supreme Court ruling made same-sex marriage the law of the land, the LGBTQ community celebrated, but it didn't take the win for granted.

Supporters of marriage equality worried that a different balance of political ideologies on the U.S. Supreme Court could lead to the ruling being overturned down the line.

The confirmation of conservative Justice Amy Coney Barrett in late October inspired some LGBTQ couples to get married right away, concerned that the right could be revoked.

MPR News host Angela Davis spoke with a Minnesotan who got married to his partner a few days after the new justice's confirmation, and two long-time advocates who can explain the state of LGBTQ rights in the state and across the country.