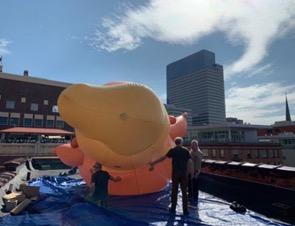 A straight Trump supporter who threatened to boycott a gay bar has inadvertently created a new meme, complete with merch!

Here’s how it happened.

Facebook posts from local news outlets’ coverage of the balloon prompted straight Trump supporters to voice their displeasure, vowing to ‘boycott’ the business… which none of them would ever patronize in the first place.

One of those commenters was Pamela Ogletree, who defiantly proclaimed that “The Saloon lost my business.” 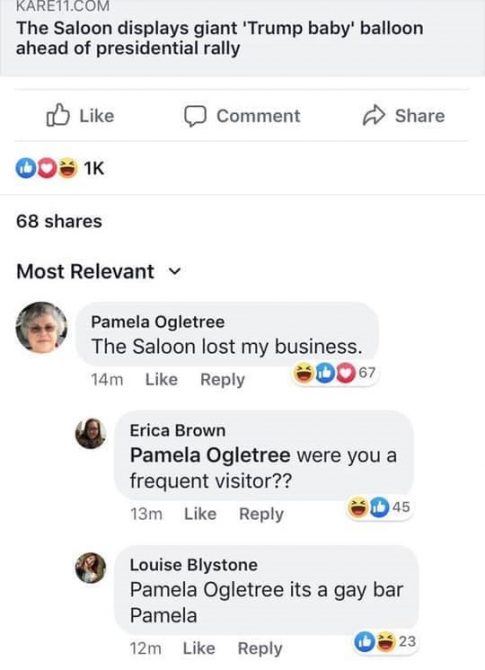 And thus a meme was born.

“It's a gay bar Pamela” pic.twitter.com/f2PXMmGos5

Then came the merch.

Alright, who turned Pamela’s ridiculous comment into a T-shirt? from r/Minneapolis

Notably, Pamela never jumped back in to respond. She was probably busy sipping vodka sodas at The Eagle, which she assumes is named in honor of America’s national bird.